It’s 1585 at Gosford’s End in the Scottish Highlands where seventeen-year-old Sorcha Fraser is impatient to sample life outside of her close-knit family circle. Graced with the beauty and spirit of her parents, Iain and Dallas, she doesn’t have long to wait. While out riding, Sorcha meets a strangely compelling young man in priestly robes. She can’t foresee that Gavin Napier’s destiny will become forever intrinsically linked with her own fate. As Catholics, they are an endangered species in Protestant Scotland. Even King James has renounced the religion of his mother, Mary Stuart. The lives of all who remain faithful to “popish” ways are in grave danger.

Yet every time fate throws Sorcha and Gavin together, they’re cruelly torn apart. At court, she becomes a favorite of King James, who sends her to comfort his imprisoned mother in England. After Mary’s execution, Sorcha returns to Scotland where she finds the capricious monarch entangled in a nest of vipers. The most vicious of all is a dazzling courtesan who wields her beauty to set the clans against each other. But ultimately not even those otherworldly powers can prevail against the will—and the love—of Gavin Napier and Gosford’s daughter.

“Daheim’s prose is engaging, and her novel has all the best ingredients of a well-researched historical romance, including some steamy love scenes. It wasn’t difficult to immerse myself in this fast-paced story. Lovely imagery of Scotland is expertly rendered, along with solidly believable characters (including many familiar real-life figures). Sorcha’s narrative is carefully interwoven with factual historic detail. The elusive Gavin did, at times, have a magician’s knack for appearing just when needed, and was a bit long-suffering for my tastes, but that never spoiled my enjoyment of this very satisfying historical romance.” 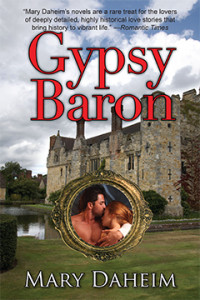 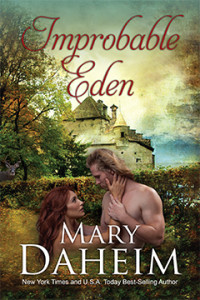 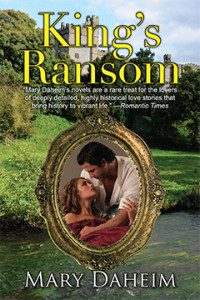 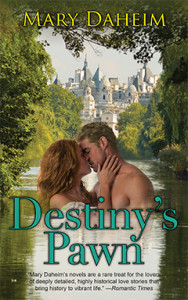