Wealthy widow Abigail Forester is reported missing by her nephew Jonathon. The Sheriff’s office’s investigation shows she’s still in Rosedale and they turf the case to Rosedale Investigations. Turns out, Abigail’s been staying with a friend to avoid Jonathon who’s been harassing her to inherit her estate. Abigail sets off to meet with her lawyer. Det. Wayne Nichols learns she has been in an accident and was dead on arrival at Rosedale General. Paint chips on her car’s back bumper match an old Ford painted Apollo green. It looks like she was deliberately targeted. Wayne suspects Jonathon, but his alibi is confirmed. Then a second nephew shows up, but he’s off the grid and Billy Jo can’t find him. The team keeps changing prime suspects until an unknown man with a scruffy beard appears at Abigail’s funeral. He drives an Apollo green Ford but appears to have absolutely zero connection with this odd assemblage.

Another client requests Rosedale Investigations construct a provenance for her century-old painting. Billy Jo learns the painting was commissioned by a prominent academic whose wife is said to have fallen in love with the artist. Following the completion of the painting, the artist committed suicide, the academic’s wife died and so did her young daughter. The painting is considered cursed. The client decides to go on a trip and asks Billy Jo to keep the painting while she is out of town. The next morning, Billy Jo is missing, blood drops lead to the street and the painting is nowhere in evidence. 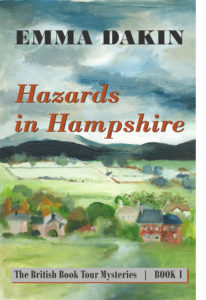 Hazards in Hampshire by Emma Dakin 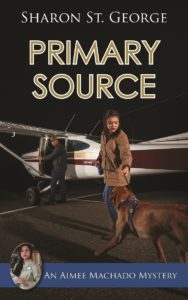 A Sneeze to Die For, by Teresa Trent

Death of a Debtor, by Jenna Harte